A downloadable game for Windows

Only one minute left, until the planet explodes. You have to farm minerals to build the technologie to escape with a rocket. And you also need energy crystals to keep the force field , that protects you from the unstable planet, active.

It was made by me with GameMaker 2 and Bfxr for the sound effects.

- Use the buttons of the main building to create units

- Sometimes the moving units don't seem to be responsive, as in not clickable. In this case try to click around the unit. The visible sprite might not add up with the actual coordinate

- Changed the button icons and gave them a hover effect, so they are hopefully easier to identify as buttons

- Added a curser for selected Worker Units and their targets

- When selecting a target for a Worker Unit, the Worker Unit is still selected

(Before, the selection switched to the target)

- Added a restart option when game is finished 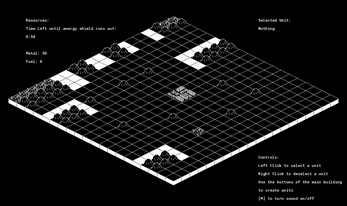 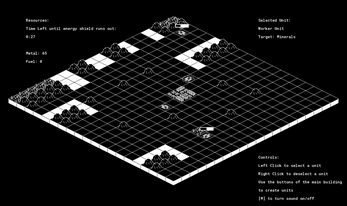 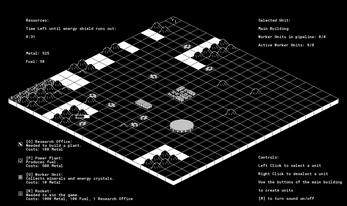 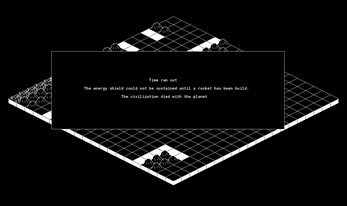